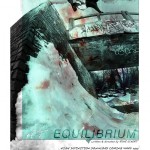 At Equilibrium presented by Ripzone Europe and Bigairbag is the newest treasure of Blickinsfreie’s eastern European snowboard documentaries.

After Poland – A snowboard documentary, Slovaki A true movie about snowboarding and last years highlight From Romania with Love, At Equilibrium deals with the passionate people developing snowboarding in Bulgaria. Each one of those movies has it’s own direction, it’s own heroes who may not necessarily be known to a larger audience but that all creates our common history. At Equilibrium makes clear that we are all one big family with every little part worth to get to know.

Already the movie title says everything. The people representing the local scene are just unbelievable balanced and real which makes this movie undoubtful to the highlight of the series.

This years flick is featuring riders from more than 7 different countries including big names like Marc Swoboda, Darek Bergmann or Thomas Franc. Merging that many different cultures, languages as well as riding levels has never been more interesting before.

At Equilibrium will be presented on a big international premiere tour from October till December 2010 before it will be available as High Definition download by the Christmas 2010 – Don’t miss getting your own High Definition copy on www.blickinsfreie.de.

Of course big after parties with live concerts and DJ’s are inclusive in most of the premiere stops. So, hurry up and make your way to one of the following premieres – it’s going to be worth it!

For those that missed the last years highlight From Romania with Love check it out here on our site.